The Ain Dubai at Bluewaters Island

The newly constructed Ain Dubai is one more stunning example of architectural wonder in this most breathtaking of cities!

Coming in at a whopping 250 metres tall the Ain Ferris Wheel in Dubai  the design and construction by Hyundai Engineering & Construction and Starneth Engineering leaves the competition in no doubt that Dubai is the world beating destination.

“An amazing scene. Being able to see the Ain Wheel Dubai at Bluewaters Island from the sea and to make it better our yacht was stunning, very clean and the crew very friendly that help to make our day unforgettable.” 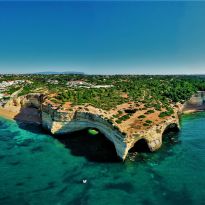 Miami Yacht Charters
The Ain Dubai
You can call us or fill the following enquiry form: